This is the first post in my wardrobe series. I’ve written about cardigans before, in fact it was last fall I wrote in response to customers asking if cardigans are “still in”. Cardigan Styles may change slightly, but the cardigan is a staple that isn’t going anywhere. Here is the video .

Here are 20 different styles I found from various price points.

In my Facebook group, I did a poll: Do you favor LONG or SHORT cardigans. I received several comments from petite customers who said short because as petites they’ve always had things be too long in proportion. It brought me back to years ago when I thought I couldn’t wear longer pieces because at 5’4 it would make me look shorter. When in reality a longer piece can really elongate my frame visually. Finding that “sweet spot” on your frame is so important. It reminded me of something I came across a few years ago called “The Rule of Thirds”. I refer to it in the video, but I knew I would need diagrams and photos to really explain it better.

You may be familiar with this concept as it’s very commonly used in photography and also architecture. In art, the 1/3 to 2/3 ratio is thought to be the most aesthetically pleasing division of space. It’s called the Golden Ratio. The Eiffel Tower is the perfect example.

Proportions are important in fashion to balance your look and create more flattering lines. So here is my best attempt to teach you the Rule of Thirds. It might help to always divide your body in thirds with imaginary lines when looking at yourself in front of the mirror.

First, before really looking at the outfit in this diagram, note the red lines which show the difference between half and thirds. Notice the belt and jacket are higher or at the 1/3 line. It’s the same t-shirt and pant, but visually a top that covers half of your body and a bottom that covers the other half is not as flattering. Tucking the top, adding a jacket or a belt all create a visual line that hits at the ONE THIRD mark.

Here are more photos of outfits which will help impress the visual even more.

I liked the image below because it clearly shows how unflattering the 1:1 ratio or half/half is. Then a belt is added which improves the outfit, but the last photo of the blouse tucked to create the 1/3 on top and 2/3 on the bottom is the best.

There are dozens of more examples and I want to credit Pinterest for these visuals.

Now can you see where I was going with the cardigans? No matter what height you are, when that cardigan hits at the halfway mark on your body it is not as flattering. Now one advantage is that most cardigans are worn open so you can create better proportion with tops underneath. The example below is a quick photo I took to show a cardigan that hits at the half way mark on my body. I did the partial tuck on the top to give it an asymmetrical line so it doesn’t look quite as boxy. (This was just a quick example taken to impress the point. I’ll try to re-visit this with better examples )

I know what you’re thinking. I’m sure I’ve broken this rule many times. Honestly we all have. I look at photos and see the same thing. I have short legs so it’s especially challenging for me to create that 1/3 to 2/3 ratio. It’s really easier to do the 2/3 to 1/3. One thing that didn’t help was longer tops! I wore a lot of shorter jackets and sweaters over them which created that visual line at the 1/3 mark. I also belted frequently. I always liked that look and now I know why. When those styles were so popular I didn’t know about the Rule of Thirds, but was just trying to create more balance and I thought it looked better. It’s also why REALLY long pieces–more of the duster style I referred to in the video aren’t quite right (unless I have a high heel or the right top underneath) because that ratio on me is really 3/4 to 1/4. Make sense?

And then what about tucking? Well it makes a huge difference as you can see in all the photos, yet I know that many of you don’t feel comfortable with it because of your mid-section. Wearing a longer third piece will help! Also, just trying a partial tuck and creating a diagonal line will still cover most of your middle. Some tops are going to be just right on your frame without tucking, and it helps that higher rise pants are prevalent now as well.

Remember The Rule of Thirds is a GUIDELINE. We go to the rules when something isn’t quite right with an outfit. Let me know in the comments. Is this concept something you’ve been implementing for years, or is this your first introduction to it?

← The Blog: Past, Present and Future Wardrobe Series #2: The Perfect Neutral Tee/Graphic Tees → 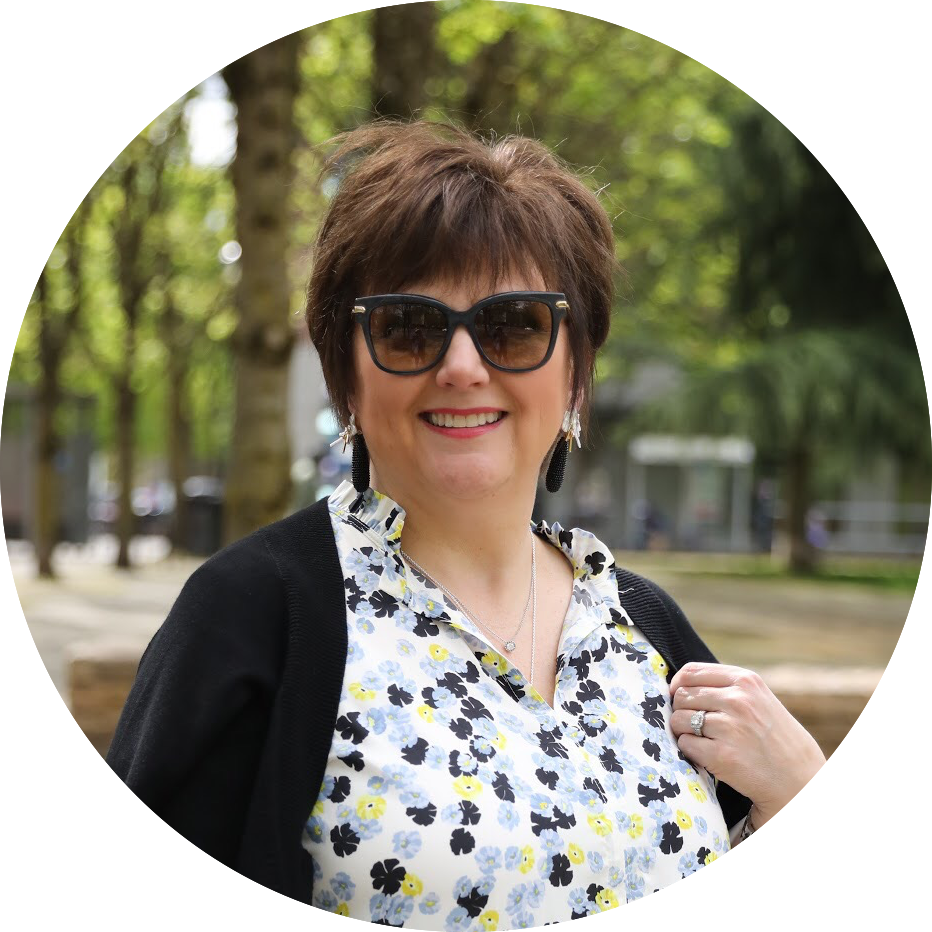 LOOK, FEEL AND DRESS YOUR BEST!